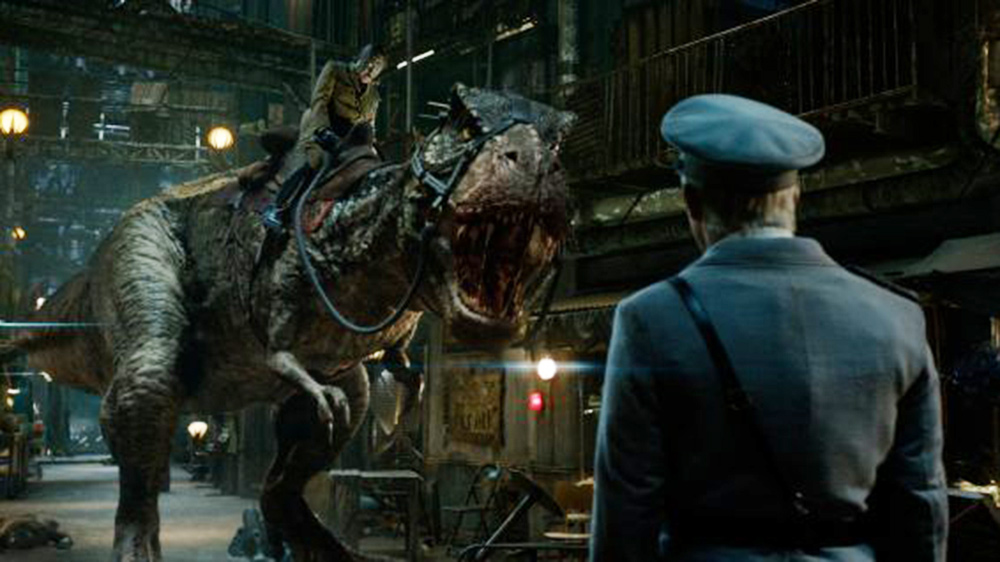 Trieste Science+Fiction Festival, the science fiction event taking place in Trieste from October 29th to November 3rd reveals the first 5 titles of the 2019 official selection.
Five Italian premieres ready to explore the endless declinations of the fantastic film genre, an eclectic selection ranging from black comedy to horror via the monster movie, not to mention the inevitable science fiction travels in deep space.

After the nazis from the moon of the first Iron sky, Finnish director Timo Vuorensola is back behind thecamera for the second chapter of one of the best received science fiction comedies of the last few years. This time, Earth will have to face the Vrils, an ancient reptilian race who landed at the centre of Earth 65 million years ago.

20 years after the events of Iron Sky, the former Nazi Moonbase has become the last refuge of mankind. But buried deep under the earthly wasteland lies a power that could save the last of humanity – or destroy it once and for all. Humans vs. the ancient shapeshifting reptilian race of the Vril – and their army of dinosaurs – in the sequel of the sci-fi cult by Finnish director Timo Vuorensola!

Timo Vuorensola will be a guest of the Trieste festival this year: he will present the film and participate to theFantastic Film Forum on Thursday, October the 31st. Timo Vuorensola is one of the most innovative and interesting directors of recent days, also thanks to the movie Iron Sky (2012), the sci-fi comedy that spread over 60 countries and has been seen by over 10 million people. He gained a deserved cult following after his first movie Star Wreck: In the Pirkinning (2005).

“During its six years of production, Iron Sky: The Coming Race became more than a movie to me – like a hungry dinosaur, it devoured me. I was still recovering from the previous seven-year-long rough ride with the first “Iron Sky” when the ideas for the second part started to sprout in my mind. […] The vision for the movie started to form as I began to list things I loved. Indiana Jones-style adventures, dinosaurs, and a clean-cut story that rolls on like a steam train. […] I wanted to tell a story with an atypical trio as its core: a girl, who is used to make it by herself, without help from anyone, rebelling against her mother; a Russian pilot stumbling on his own, bloated ego; and a fighter with golden retriever mentality. To cross the t’s and dot the i’s, I got Udo Kier to sign up not to one but two roles for the film. I also wanted to take a step back from the dark and hopeless world of the first Iron Sky, and introduce a brand new environment – the lush, green Inner Earth bustling with life, where the sun shines constantly. […] The film that we eventually finished is an entertaining, action-packed sci-fi flick with a touch of sociopolitical criticism and good dose laughs directed at itself.”

“Ghost Town Anthology” di Denis Côté
In competition at the 2019 Berlin Film Festival, Ghost Town Anthology is a hybrid film by Canadian director Denis Côté, who since 2005 has been gaining a solid reputation in the best international film festivals as an independent author, both at home and abroad. His debut feature film Les états nordiques (Drifting States – 2005) won an award at the Locarno Film Festival, followed by Nos vies privées (Our Private Lives – 2007), Elle veut le chaos (All That She Wants – 2008) and Carcasses (2009), presented in Cannes’ Quinzaine.

In Irénée-les-Neiges, a small, isolated town with a population of 215, Simon Dubé dies in a car accident. The stunned townspeople are reluctant to discuss the circumstances of the tragedy. From that point on, for the Dubé family as well as for Mayor Smallwood and a handful of others, time seems to lose all meaning, and the days stretch on without end. Something descends slowly upon the area. In this period of mourning and in this fog, strangers start to appear. Who are they? What is happening?

Mike Ahern and Enda Loughman present an unmissable romantic comedy with supernatural elements, skilfully playing with the traditional tropes of the possession genre. The result is a bubbly horror comedy unafraid to be politically incorrect.

Rose, a mostly sweet & mostly lonely Irish small-town driving instructor, must use her supernatural talents to save the daughter of Martin (also mostly sweet & lonely) from a washed-up rock star who is using her in a Satanic pact to reignite his fame… and be home in time for a light snack… A brilliant comedy, already a favorite in the festival circuit!

Recent winner of the Jury Prize at the Brussels International Festival of Fantasy Film and of both the Audience and Narcisse Award at the Neuchâtel International Fantastic Film Festival.

Jeremy Gardner stars – and co-directs together with Christian Stella – this unusual and very original monster movie, Tribeca’s surprise hit produced by Aaron Moorhead and Justin Benson, previously at the TS+FF with Resolution and The Endless.

Ten years into his storybook romance with Abby, Hank suddenly wakes up to an empty home. To make matters worse, Abby’s disappearance seems to trigger the arrival of a ferocious creature that crawls out of the old grove on the edge of his property.

Jeremy Gardner and Christian Stella are the filmmakers behind the indie zombie film The Battery (2012) and survival comedy Tex Montana Will Survive! (2015). Lifelong friends, both directors were born and raised in Florida. Jeremy Gardner has also appeared in the movies Spring, Like Me, Sadistic Intentions, The Mind’s Eye, Psychopaths and Bliss. Christian Stella is also a colorist, sound designer, food photographer, and New York Times bestselling cookbook author.

An adaptation of the Nobel Prize-winning author Harry Martinson’s Aniara. Aniara is one of the many spaceships used for transporting Earth’s population to their new home planet Mars. But just as Aniara leaves the ruined Earth, she collides with space junk and is knocked off her course. Aniara’s passengers slowly realise that they’ll never be able to return, that they will continue onwards through an empty and cold universe forever. 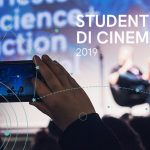 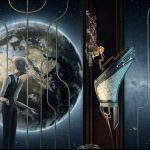