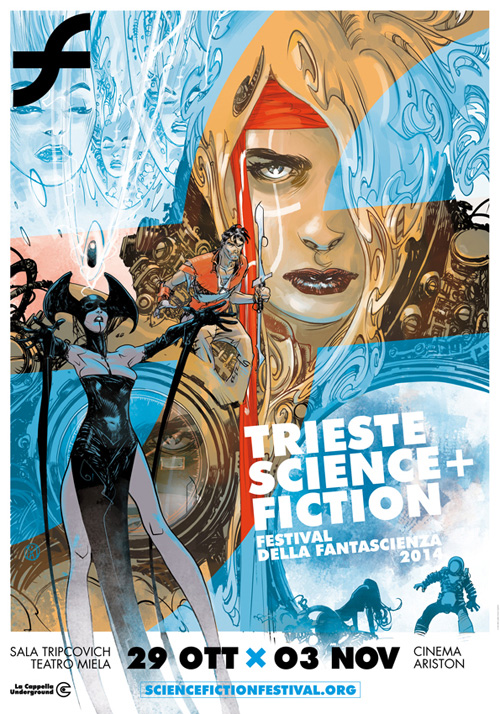 As often happens in the movie-making business, the success of the image for the Trieste Science+Fiction Festival 2013 has given Trieste artist Mario Alberti the possibility to transform his single idea into a trilogy. His (strictly digital) writer’s quill has come together for a second time with the resident graphic design Francesco Cappellotto, to spawn the second chapter of this saga.

“
“We have tried to get to the bottom of the concept of Science Fiction itself and in doing so, have identified its three main strands. After studying the various graphic layouts of the movie posters that the genre cinema industry has given us, we noticed three different styles, each corresponding to the trends of the time. Mash and meld the resulting elements together – just like the image from the 2013 festival – and you practically have a ready-made poster, in true style of the ‘50s and ‘60s, when the audience would first see the main characters appear with a backdrop of spectacular compositions. Here you immediately see the classic aspects of Science Fiction: space ships, robots, futuristic cities…For this year, however, we focussed on the psychedelic design of the ‘70s and ‘80s, where you are thrown into the centre of the action just from the movement in the poster. The new look here is without doubt more science based, and all that is probably closer to reality. It features clones, mental powers and surgery. And next year? We are looking to shock people once again, with special effects and a palette of monstrous creations.”

Born in Trieste in 1965, he published his first comic book in ’91 on Fumo di China. Since then, he has worked with the Sergio Bonelli publishing house (Nathan Never and Legs Weaver), DC Comics and Marvel (Spider-Man, X-Men and The Fantastic Four). For the French comics market, he has created the Morgan, Redhand and Cutting Edge series, and more recently, the next publication of Panini Comics. 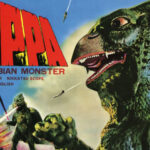 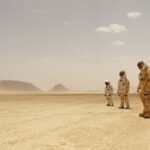