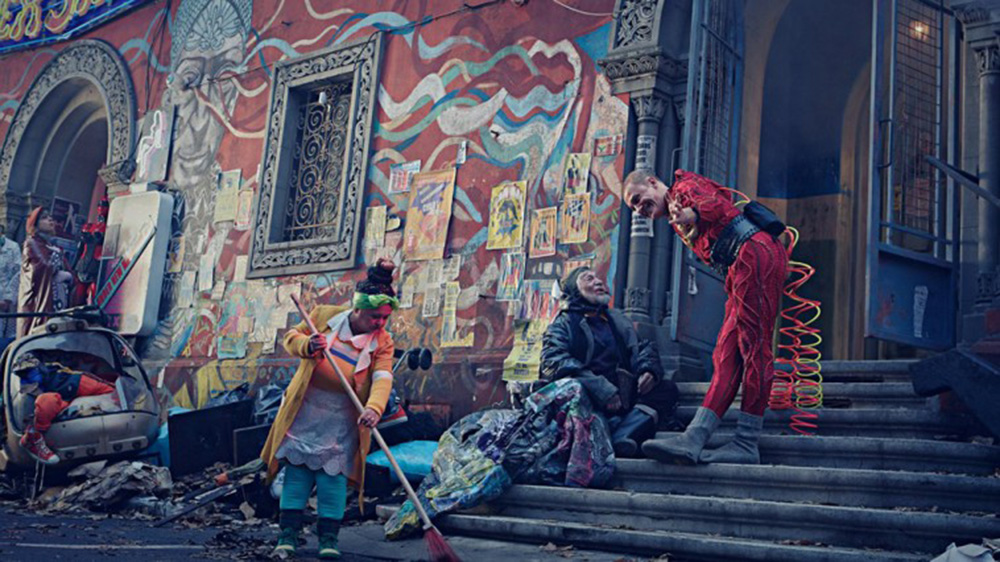 This year, like every year, the Festival has reached its end – it is a day for great guests and great surprises.

The prize giving ceremony starts at 8.00 pm, before the exceptional Board members and the directors of the films taking part in the competition. The president of the international Board of the Asteroide award, the American writer Joe R. Lansdale, gives the prize to the best sci-fi film of emerging filmmakers from all over the world. The Méliès d’Argent board bestows the prestigious recognition to the best European fantastic full length and short films. There are also the Wonderland award, in collaboration with Wonderland, the Rai 4 magazine about the science-fiction unconscious; the Premio Nocturno – Nuove Visioni award, bestowed by the editorial staff of Nocturno, a specialized magazine about cinema de genre, to one of the films in the Trieste Science+Fiction official selection; the new award CineLab, given to the best Italian science-fiction film by a Board including students of DAMS (Degree Course in Music, Cinema and Arts, University of Trieste and Udine, Gorizia); and the active Audience Award.

The American writer Joe R. Lansdale is the protagonist of a Masterclass managed by the writer Tullio Avoledo at 5.00 pm captivating the kermis public. He wrote more than twenty novels and hundreds of short stories, he is maybe the brightest contemporary writer of this genre. His most famous works are The Drive-In: A “B” Movie with Blood and Popcorn, Made in Texas, The Drive-In 2: Not Just One of Them Sequels (published for the first time by Urania in 1993), Two-Bear Mambo, Bad Chili, Rumble Tumble, Savage Season, Mucho Mojo, Sunset and Sawdust, All the Earth, Thrown to the Sky, Edge of Dark Water and Hap and Leonard. In December Einaudi published Lansdale’s novel Honkytonk Samurai, a new investigative adventure for Hap Collins and Léonard Pine

One of the most awaited films is a world preview. It is Andron – The Black Labyrinth, of Francesco Cinquemani, whose protagonists are Alec Baldwin, Danny Glover, Margareth Madè and the superstar Skin, an icon who has become even more pop since she is a member of the X-Factor board. A group of strangers is imprisoned in a mysterious and lethal labyrinth. They don’t remember how they got there or what their names are. They must find the answers they need, decode the signals and travel to find out what is Andron’s secret. The film is an Ambi Pictures production. The filmmaker Francesco Cinquemani and Margareth Madè (Mannina in Baarìa for Giuseppe Tornatore and Sophia Loren in the TV biopic La mia casa è piena di specchi, a TV mini-series transmitted on Rai Uno, directed by Vittorio Sindoni) arrive in Trieste to present the awaited preview.

On the agenda there are Strings – Senza tempo and Ananke, both totally Italian. Strings – Senza tempo is a film of Alessio Vasarin and Sandro Tarter. It is about a physics student in possession of a weird object allowing a dimensional transfer to another Earth. Ananke, of Claudio Romano (a kermis guest), is a reflection on the humankind fate. Humankind, in fact, is endangered and the only way to escape death is fleeing and isolating. This Italian film was already appreciated by the critics at the Pesaro Film Festival. Also the shorts of the section Spazio Corto – directed by the new colossus of the Italian sci-fi cinema, such as Fabio Bressan, from Trieste, the author of Le streghe – are Italian.

For the new generation audience and the space kids, the section Sci-Fi Kids goes on, with the workshop C’è nessuno???, aiming at sensitizing the children on diversity, experiencing the encounter and the inclusion as a richness, and the projection of Mercano, El Marciano , of Juan Antin.

And, then, the awaited film What We Do in the Shadows, a smart vampire mockumentary of Jemaine Clement and Taika Waititi, from New Zeland, which already received some recognition at the Sundance Film Festival and at the Torino Film Fest.
The closing film for this rich edition is The Zero Theorem, directed by Terry Gilliam (Urania Award in Trieste in 2006), whose protagonist is Christoph Walts, an eccentric and lonely computer master suffering from existential anguish, who works on a mysterious project. It will be played on the screens in Italy in 2016, distributed by Minerva Pictures.

To really close the kermis, Profondo rosso, of Dario Argento, is played, exactly forty years after its production. A masterpiece which has marked the collective horror unconscious. It is played in a bright digital version restored by CSC-Cineteca Nazionale with outtakes.

Ore 10.30 – Cinema Ariston
SPACE KIDS: MERCANO, EL MARCIANO
Mercano quietly lives on his planet, Mars, until one day a space probe sent by earthlings lands exactly on top of his dog. Despite the probe carrying the message “we come in peace, we have no intention of hurting you”, Mercano is none the happier and leaves towards planet Earth to get revenge. Unfortunately, his spaceship breaks down while landing. Mercano will have to get used to living in Argentina…

Ore 15.00 – Sala Tripcovich
ANDRON – THE BLACK LABYRINTH
di Francesco Cinquemani
con Alec Baldwin, Michelle Ryan, Skin, Margareth Madè
ANTEPRIMA MONDIALE – MÉLIÈS D’ARGENT ASTEROIDE
It must not be so easy being in an unknown place, without knowing the reason, without knowing who you are and who the people around you are. Especially if a clazy filmmaker-god modifies the reality as he likes. Hollywood superstars (Alec Baldwin and Danny Glover) and a pop icon (Skin) in a prestigious world preview, only at TS+F!

Ore 16.00 – Mediateca de La Cappella Underground
C’È NESSUNO???
Diversity obviously determines a distance and isolation of both the parts, causing a loss. If we were Martians and fell on the Earth, how would we feel? Would humans be able to overcome the differences? This workshop aims at sensitizing the children on diversity, experience meeting and inclusion as an enrichment, for everyone.

Ore 16.30 – Teatro Miela
ANANKE
di Claudio Romano
con Marco Casolino, Solidea Ruggiero
A man and a woman hide in an isolated house on the mountains to avoid any kind of human contact and not catching a virus leading to suicide which is endangering the humankind. Shot in super 16, on the mountains in Abruzzo, in a rarefied black and white style, Ananke shouts against the humanity crumbling. Echoes of Tarkovskij’s science-fiction.

STRINGS
di Alessio Vasari, Sandro Tarter con Luca De Marchi, Arianna Ambrosetti, Laura Pan
Imagine of being in a world which is just identical to yours – same cities, same people, even a perfect copy of you. It could be fascinating, it could be frightening. What if facing it was the only possible solution? An absorbing story, in which the fantastic element infects the characters’ everyday life.

Ore 17.00 – Sala Tripcovich
JOE R. LANSDALE – MASTERCLASS
Joe R. Lansdale wrote more than forty novels and hundreds of short stories, he might be the brightest contemporary writer of this genre. His work made his appearance in anthologies, magazines and collections all over the world, and he wrote fore comics, cinema and television. The awaited novel Honkytonk Samurai, a new adventure for Hap Collins and Léonard Pine will be published in Italy soon. The meeting with the author of The Drive-In: A “B” Movie with Blood and Popcorn, Made in Texas, Two Bear Mambo and Cold in July is run by the writer Tullio Avoledo.

Ore 18.15 – Sala Tripcovich
WHAT WE DO IN THE SHADOWS
di Taika Waititi, Jemaine Clement con Jermaine Clement, Taika Waititi, Jonathan Brugle
Sharing a flat might be very hard. But . Ma Viago, Deacon, Vladislav and Peter have to face problems much bigger than the ordinary flat mates. They are vampires! They tell us everything about their tragic adventures in this fun mockumentary, unluckily still unpublished in Italy. 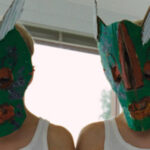 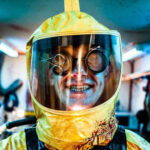