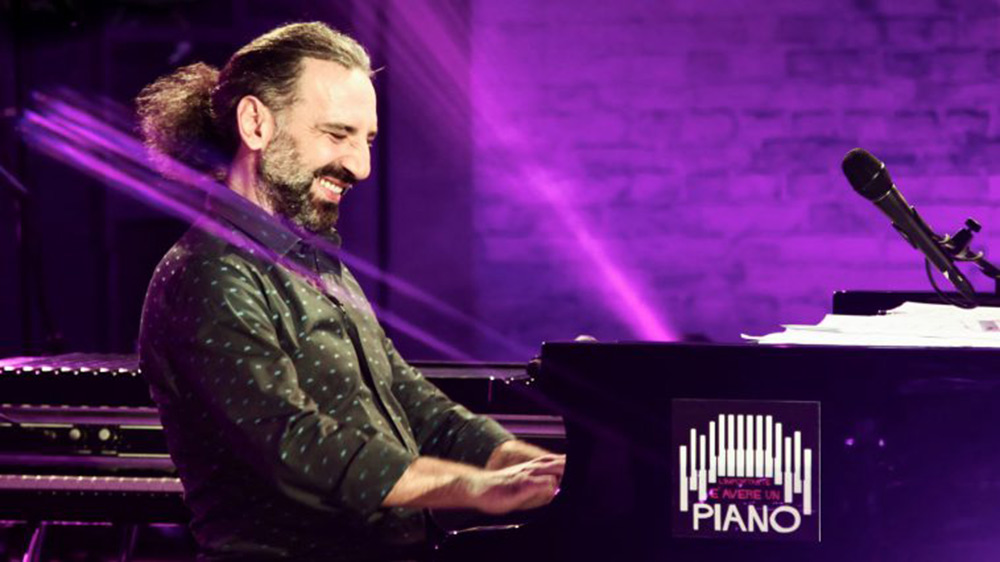 The Trieste Science+Fiction Festival will again, just as in 2015, host the award ceremony of the Méliès d’or, the Oscar of European fantastic cinema, trasforming Trieste again into the European Capital of Fantastic Cinema. The ceremony of the Méliès d’or will be brilliantly enhanced by the music of the maestro Stefano Bollani, one of the best jazz pianists in the world. In Bollani’s music, him being a great science-fiction fan, aliens are a recurring theme, starting from his record Here come the aliens! to his recently published book Dialogue between aliens. This inspired us to ask him to play live during the screening of a medley of old films including classic movies and a few surprises and iconic clips of European and Italian fantastic films.

How did you develop a passion for science fiction?
It’s a question I’ve never asked myself. The first science fiction film which caught my attention was Forbidden planet with Leslie Nielsen, a wonderful film where the monster, the alien, the unknown and the menace are born from the scientist’s mind. A totally unexpected turn of events.

Who are the aliens to you?
Aliens are a product of our own mind, just as in Forbidden planet. They represent our way of imagining creatures we have come in contact with, and who live on a different planet. I’m not interested so much in ufology as rather in the philosophical analysis of the concept. I find extremely interesting the fact that we project on the outside what we can’t understand about ourselves, to make contact and start dialoguing. The ancient Greek myths are another example of this attitude. These mythical creatures are alien because they are different, and we use them to better understand ourselves. They may be the Goddess of rage or hunting, characteristics that belong to our inner self. Nowadays aliens are rather depersonalised, but basically they have the same role: an attempt at dealing with those parts of ourselves which we don’t thoroughly understand.

What relation is there between science fiction and jazz?
The relation is immediate. In science fiction films, when the characters are trying to communicate with an alien species, music is a must. Spielberg has delighted us with the five notes of Close encounters of the third kind, but also in Mars Attacks! and to a certain extent in Arrival the verbal language does not work as the best option when communicating with aliens. We need to turn to music, to more universal and “cosmic” languages. Music is an attempt at stepping over language in order to photograph an emotion.

Is this where your fascination for the sound of the films of the origins come from?
I dearly love old films where there is no need to speak, where everything is told differently. And I enjoy the cinema that still does it. This love for silent films definitely comes from the fact that they use other languages. The public address system allows me to duet with another artist who’s following a precise script. It’s wonderful! I can improvise knowing that Buster Keaton will drop that brick always at the very same moment!

What about your favourite science fiction books and films?
One of my favourite authors is Kurt Vonnegut. What’s great about The sirens of Titan is that Vonnegut had understood that talking about the future or about another planet is not only a metaphor of what is happening to us, but it really is what is actually happening to us. Many science fiction films, I’m thinking of Dark City or The invasion of the body snatchers, are huge metaphors. Another example is They live. The situation where you open your eyes and you start seeing the hidden messages of publicity, of realising that the people surrounding you are not of your same species, because they have different premises: for instance, they lack empathy, as brokers, bankers, the powerful of the earth… Therefore, Kurt Vonnegut above all, but Philip Dick as well, since both use science fiction to tell us something extremely accurate, as also Tom Robbins does. And then there’s the Hitchhiker’s Guide to the Galaxy, a wonderful book by Douglas Adams: with the excuse of the destruction of planet Earth and the urge to send the poor protagonist all around the galaxy, he talks about the society we could have developed. It’s the alien’s point of view, who looks at us from the outside and asks some basic questions. I want to quote a film which is not as famous as the previous ones, Omicron by Ugo Gregoretti, which represents the case of an alien living among us. I like the idea that he only develops the need to speak once he discovers rage: words are a dangerous instrument: it cuts deeper than a blade.

FANTABOLLANI: on the “Oscar night” of european fantastic cinema – the 21st Méliès d’or Ceremony – Stefano Bollani will be a special guest of the TS+FF, with an extraordinary program: musical accompainments to classic movies, surprises and symbols of the early days of Sci-Fi cinema.
Ticket prices
▶ €15 for the accredited of the TS+FF (the concert tickets can be bought exclusively along with the accreditation)
▶ €20 for the accredited to Il Rossetti (tickets available exclusively at the Politeama Rossetti)
▶ €30 full price

Full price tickets are available online on Vivaticket, at the Politeama Rossetti, and at any VIvaticket authorised reseller. 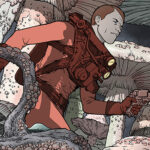 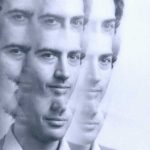