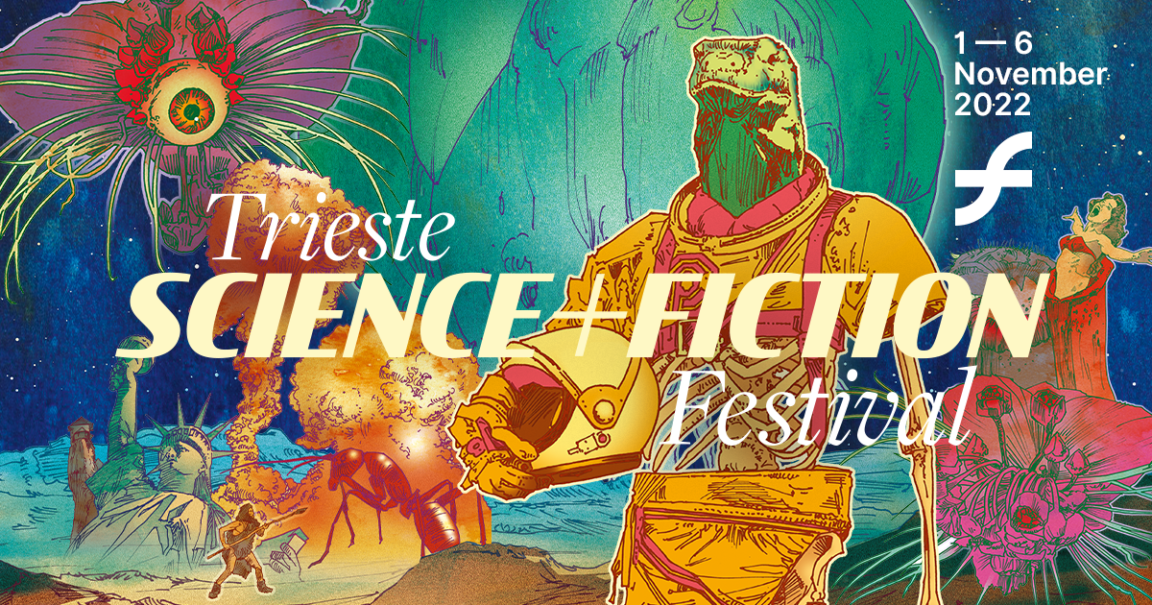 Trieste Science + Fiction Festival, the most important Italian event dedicated to science fiction scheduled from 1 to 6 November 2022, unveils the poster of the 2022 edition: an original illustration created by the famous British artist Graham Humphreys, which boasts important awards and collaborations including the posters for the English market of Evil Dead and A Nightmare on Elm Street.

“My love of science fiction films began in my childhood – Graham Humphreys declares – ‘The War of the Worlds’ (1953), ‘The Day of the Triffids’ (1962), ‘Forbidden Planet’ (1956) and ‘When Worlds Collide’ (1951), were particular standouts for my young imagination. I was especially entranced by the lurid technicolour… These and the Hammer Horror films of the same era, influenced the work that I still produce today. I have always been amused by the conspiracy theory of ‘lizard people’, so my focus is a humanoid astronaut with a lizard head. The skeletal limbs allude to the dangers of space travel that provide the theme for a number of classic sci-fi films, for instance ‘The Incredible Melting Man’ (1977), ‘The Quatermass Experiment’ (1955) and ‘Alien’ (1979).

“Graham Humphreys is a world renowned artist whose innovative designs have graced cinema marquees, video and DVD covers, record albums and convention walls for decades now. – the new artistic director of the Trieste’s festival Alan Jones states – From the iconic Evil Dead poster in 1982 to the current collector editions for Arrow Video’s Italian sci-fi collection, Graham has redefined the art of commercial design with a key fan perspective and sells his original canvases at high prices to international collectors. I’ve known Graham for many years and his concepts for my FrightFest festival in London has positioned the event perfectly for its target audience. For the Trieste Science+Fiction 2022 poster I asked Graham to incorporate vintage sci-fi movie imagery within a ‘Hammer meets Punk” dayglo look. And he has delivered a poster that is destined to become a classic piece of work. As the new artistic director of Trieste S+F I couldn’t be prouder of what he has achieved”. 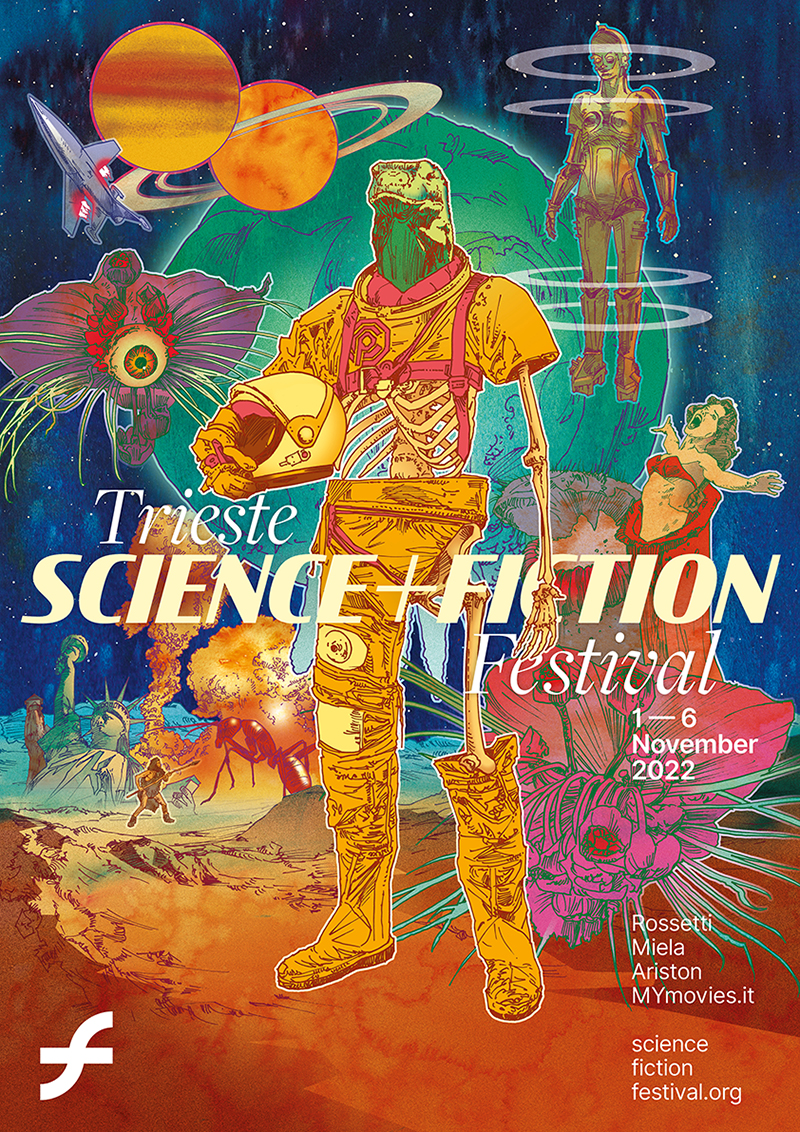 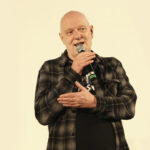